You Are Here:Home / Litigation / Civil Contempt and the Right to Counsel 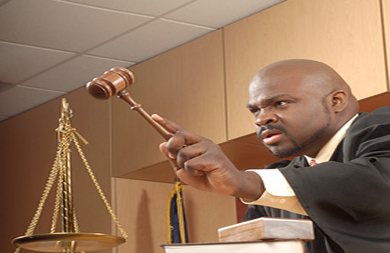 Criminal contempt is, well, a criminal matter. Like other criminal matters, it includes a right to counsel. Civil contempt looks an awful lot like criminal contempt, except it’s different. A non-complying party cannot be punished for civil contempt when it is clear the contemnor cannot comply with the order, such as where the order in question requires an indigent person to pay a sum of money. Of course, a party may not be able to properly raise that argument without legal counsel. This situation was illustrated in the case of Turner v. Rogers, 131 S. Ct. 2507 (2011), where the parties were in court over unpaid child support.

In Turner, the defendant asserted an inability to pay; but he was found in contempt and was sent to jail. The court noted that in civil contempt, the 14th Amendment, not the 6th Amendment, is implicated. Under that analysis, three factors can mitigate against a finding of a right to counsel. They are: (1) that the ability to pay child support is generally clear; (2) the contemnor’s opponent’s lack of representation; and (3) other procedural safeguards reduce the risk of improper incarceration. In their search for those safeguards in the matter before it, the court found none existed. Most notably, the court remarked that lower court made no finding on the inability of Turner to pay—the easiest of the findings to make. Further, the record did not establish the other two factors were satisfied. The matter was remanded.

The decision has been criticized for not going far enough to protect all from wrongful incarceration, regardless of whether the matter is characterized as civil or criminal. Some advocates contend that a deprivation of liberty deserves 6thth Amendment protections regardless of how a court labels the process. At least for now, however, Turner is the state of the law.

For other information about criminal and civil contempt, we invite you to review the links below to Legal Issues from Litigation Pathfinder.