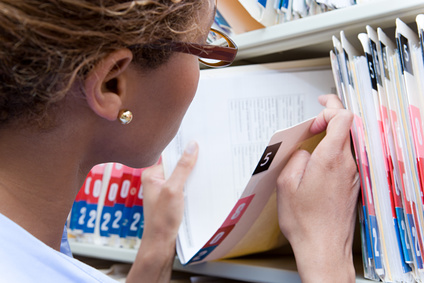 Privacy, if it were a natural resource, might currently be viewed as experiencing a supply shortage. Some privacy is relinquished voluntarily, as is the case when a person posts about their private life on Facebook or Twitter, or goes to websites like Match.com to try to make a connection. Of course, when a person does something like that, the surrender of privacy should be understood. Other times, compromised privacy is less readily perceived, such as what may occur when a person takes certain government jobs and runs into performance issues. It can be shocking to find that the details of a disciplinary investigation are public record, especially when the investigation concludes that the employee acted carelessly. Then, despite the adage, “there’s no such thing as bad publicity,” the misstep is now public record that can haunt an individual’s career forever.

Minnesota’s Supreme Court recently handed down a decision affecting the public’s access to personnel decisions involving the conduct of a physician at one of the state’s mental hospitals. In Harlow v. Minnesota Dept. of Human Servs., A14-1342 (Minn. Aug. 10, 2016), an investigation was begun following an incident with a patient who had become violent. The investigation questioned whether psychiatrist’s instructions to the staff based on the patient’s mental state were appropriate. The internal investigation that followed was covered by news outlets. Public comments were solicited from and offered by members of the overseeing agency. The investigation concluded that the physician’s actions with respect to the patient were excessive and he was ultimately dismissed.

The physician subsequently brought suit, arguing that the information shared with the public was a violation of the Minnesota Data Practices Act. Imagine the doctor’s surprise when he was told that the disciplinary portion of his personnel records was not, in fact, private. The court’s assessment of the legal claims started from the premise that all government data is public unless otherwise provided. Id. at *7. Minnesota statute specifically provides that personnel data relative to disciplinary actions are public once the investigation is final, except to the extent that information relates to the identity of confidential sources. That, the court concluded, gave the psychiatrist no remedy for this involuntary publicity.

Most states have laws similar to the one in Minnesota that call for all government data to be deemed public data absent any law to the contrary (see, e.g., Mont. 2-6-1003; Calif. Gov’t Code § 6253). Hawaii’s rule provides for an exception for records “constitute a clearly unwarranted invasion of personal privacy.” Haw. Stat. § 92F-13(1) However, what one law grants, another takes away, because in § 92F-14(a), the law provides “Disclosure of a government record shall not constitute a clearly unwarranted invasion of personal privacy if the public interest in disclosure outweighs the privacy interests of the individual.”

Public information was a less “public” commodity when getting the information meant a person had to submit a request in writing after providing his or her name and likely paying a fee for compilation and copying. He or she then had to wait while the documents were retrieved by an agency administrator and mailed. Today, this probably only requires a few clicks.

Society as a whole may be getting used to less and less privacy. However, there are still a great many things that individuals do not want available to a nosey neighbor or prying coworker with a few keystrokes in a search engine. The question, then, is whether legislatures can or even should be counted on to take greater accessibility into account when defining certain information as public.

Perhaps the better question is, will anyone even notice after a while?

For other information about personal privacy and access to government records, we invite you to review the links below to Legal Issues from Litigation Pathfinder.