You Are Here:Home / Litigation / Post-Judgment Motions’ Effect on Your Appeal Deadline 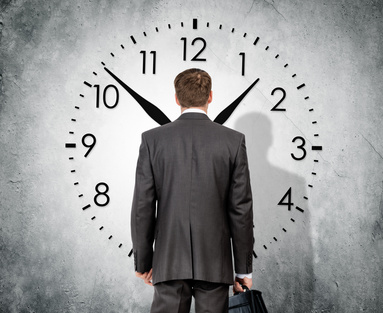 The facts in Brennan v. Travelers Home & Marine Ins. Co., 2016 Ill. App. 152830, No. 1-15-2830 (July 26, 2016) weren’t all that exciting; however its lesson is still important. An elderly woman allowed her daughter and son-in-law to use the car she was no longer driving. The mother died and the daughter continued to drive the car. Rather than obtain new insurance on the vehicle, the couple continued to renew the mother’s policy with Traveler’s. When they eventually were involved in a wreck, Travelers refused to pay, arguing that by its terms, the policy had terminated on the mother’s death. The matter was resolved on summary judgment in favor of the insurer and the Brennan’s complaint was dismissed in June of 2015. The all seems clear enough; but wait.

After the dismissal, the attorney filed a motion he styled as a motion for reconsideration. A standard “motion to reconsider” would have requested the court to actually reconsider the dismissal and reinstate the action (effectively denying the motion it had previously granted). The motion here sought permission to file an amended complaint. That motion was denied in October. The plaintiffs’ attorney quickly took an appeal from the June 2015 order dismissing the complaint. While more than 30 days had passed from the order, the attorney felt confident the appeal was timely as the motion to reconsider must have tolled the running of the 30-day window.

The appeals court disagreed. Under Kingbrook, Inc. v. Pupurs, 202 Ill. 2d 24 (2002), in order for a post-judgment motion to extend the time for appeal, the motion had to be “at least nominally directed against the judgment.” Brennan at *2. Despite plaintiffs’ captioning the motion as a “Motion to Reconsider,” the court observed that the relief sought was at odds with a reconsideration of the dismissal as plaintiffs wanted only to file an amended complaint. Therefore, the appeal of the dismissal in June was untimely.

The case reminds a practitioner that there are many things it pays to give some thought to the caption that is composed for all pleadings. Taking some time with the caption can serve to prompt you to ask for all the relief you need and preserve the rights you may need later, too.

For an opposing view of this issue in a different jurisdiction, look for our follow-up post next week.

For other information about counting time to file appeals, we invite you to review the links below to Legal Issues from Litigation Pathfinder.