You Are Here:Home / Litigation / When Planning an Appeal, Know How the Rules on Calculating Time Apply in Your Jurisdiction. 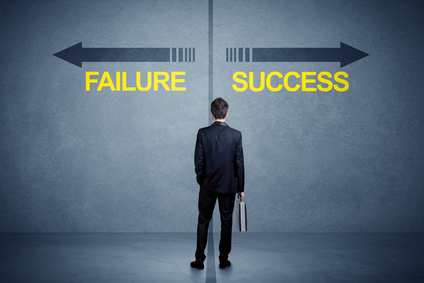 Last week, this blog covered Brennan v. Travelers Home & Marine Ins. Co., 2016 Ill. App. 152830, No. 1-15-2830 (July 26, 2016). The case addressed post-judgment motions and the impact they have on the calculation of time to file an appeal. Recall that Brennan concerned the application of Ill. Sup. Ct. Rule 303(a) that provided a 30-day window to file the notice of appeal from a trial court’s decision. The rule allowed for a party to extend the time for appeal by filing a timely motion for reconsideration. The 30-days would not commence running until the trial court issued its ruling on the reconsideration. Id. 303(b). Unfortunately for the party in Brennan, the motion for reconsideration did not buy time as the motion did not seek the proper relief.

Some 400 miles northwest, the result would have been different. Minn. R. App. P. 104.01, subd. b, provides a similar extension of the 30-day limit for filing notice of appeal following the determination of a handful of motions, including those seeking to “to alter or amend the judgment”. Since the two rules generally read the same, most attorneys would guess the result would be the same; however, they would be wrong––eventually.

In Lewis v. Lewis, 572 N.W.2d 313 (Minn. Ct. App. 1997) the court examined a case similar to the one in Illinois. The Lewis court stated that a proper motion for amended findings must both identify the alleged defect in the challenged findings and explain why the challenged findings are defective. Id. at 315 (emphasis added). A mere three years later, however, Madson v. Minnesota Mining & Manufacturing Co., 612 N.W.2d 168 (Minn. 2000), the Supreme Court turned that ruling on its head.

The Court looked to the recent changes to Rule 104.01, subd. b and concluded that what was a “proper” motion had nothing to do with a motion’s success. Rather, counting under the rule commenced with the time of “service” of the order that disposes of the postjudgment motion. The rule did not require the disposition to have been favorable to toll the time for appeal. To ask the parties to anticipate how the court will view the merits of the motion would inject the very uncertainty that the 1998 amendments were designed to eradicate into the process. Instead, the rule simply requires a proper motion and directs the court to determine if the motion is one of the six motions specified in subdivision two.” Id. at 171.

In Minnesota then, the outcome is different than the one in Brennan. Madsen instead chose not to require parties to see beyond the language of the moving party, but rather, to take it at face value. Despite the fact that this could lead to an abuse of the extended period benefit, they chose to do so based on their view that the parties need certainty. Parties should not be forced to guess at their peril on the success or failure of their opponent’s motions. Of course, this also means that the appellate courts do not have to deal with potentially “ineffective filings of notices of appeal by parties not joining the post-trial motions.” Id. at 172.

The moral of these two posts is two-fold. Always read the rule and never rely on old research for a critical issue. As the parties in Madsen learned, a decision can be stood on its ear in three-year span because of even slight changes in a rule.

For a discussion of other issues to keep in mind when bringing an appeal, we invite you to review the links below to Legal Issues from Litigation Pathfinder.