You Are Here:Home / Litigation / Can A Settling Party Still Recover Attorneys’ Fees From The Other Side? 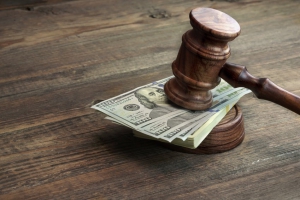 With approximately 200 federal and 2000 state fee-shifting statutes, numerous opportunities exist for a party to seek attorneys’ fees from an opponent. Many of these statutes require a party to be a “prevailing party” to recover fees. If you win a judgment against the defendant at trial, the prevailing party inquiry is straightforward. But most cases these days do not proceed to trial. By some estimates, roughly 95% of cases end in settlement before trial. How does this impact fee-shifting? Can a settling party still recover attorneys’ fees from the other side?

As with many questions, the answer is: it depends. For many years, most courts recognized and applied the catalyst theory, whereby a party could be considered a prevailing party if some result sought in a lawsuit was achieved. Even if the defendant agreed to modify its conduct through an agreement with the plaintiff, if the theory was invoked, the lawsuit was regarded as the “catalyst” in bringing about the change.

In the Buckhannon decision, however, the U.S. Supreme Court dialed back the catalyst theory. Following Buckhannon, attorneys’ fees are recoverable only if there is “judicial imprimatur” on the settlement agreement. A court-ordered consent decree satisfies this standard; a private settlement with no tie to the court’s enforcement power does not. If the settlement agreement takes a form somewhere in-between, it may or may not meet the Buckhannon standard, as courts have reached differing conclusions regarding the level of judicial involvement needed.

When structuring a possible settlement agreement that falls short of a court-ordered consent decree, consider the following options for establishing the requisite judicial entanglement:

Agreements coupled with some, or all, of these elements have supported fee-shifting in several cases and jurisdictions. As always, review case authority in the relevant jurisdiction to fully assess your client’s particular case. With careful planning, a party may be able to settle a case and recover their attorneys’ fees.